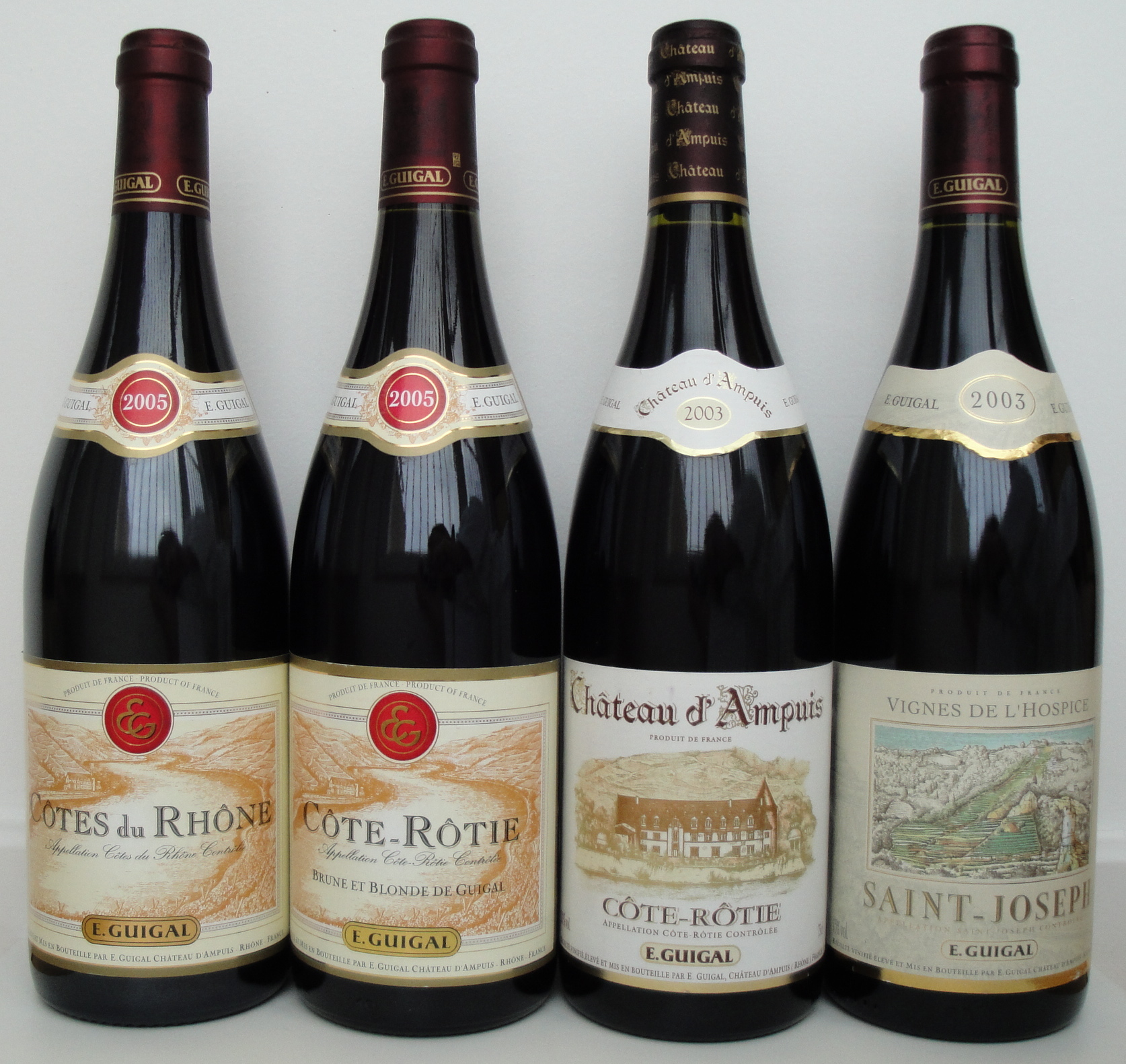 As recently as the 1970s the great appellations sold for a fraction of the price of a fairly ordinary Bordeaux Cru Classé red. I still have bottles of Hermitage, purchased in Johannesburg, marked with a R7-00 price sticker. No one cared much for syrah/shiraz – not in France, nor, for that matter, in South Africa (where national plantings at the time were comfortably less than 1000 hectares).

I discovered the Rhône during my student year in France. When I returned to South Africa and began working as an importer and retailer, its wines where high up on my shopping list. I couldn’t understand why so few people shared my enthusiasm or passion. Except for Chateauneuf-du-Pape – much of it sold with fake cellar dust glued onto asymmetrical bottles – none of the appellations were even known in the trade.

Part of what changed all this was the advent on the scene of Robert Parker, but not Parker alone. The American uber-critic loved the weight and intensity of the best Côte Rôties and Hermitages. However, what really led to his recalibrating the region’s potential, and in due course the way the world now values the wines, was a single producer, a man whose shyness and slight inaccessibility (mainly the result of his dedication to his craft) is often mistaken for arrogance: Marcel Guigal.

The Guigals were relative newcomers to the area: Marcel’s father, Etienne, arrived there to harvest apricots after the Great War. In time he found work in the vineyards and cellars of a long-established producer, Vidal-Fleury. In 1946 he set up in business on his own. Afflicted by a sudden loss of sight in the early 1960s, he handed over the winemaking and management of the business to his 17 year son Marcel.

Careful acquisitions of small but important vineyard parcels together with a fanatical attention to detail enabled Marcel to grow the enterprise. By the 1980s he was probably the most celebrated producer in Parker’s pantheon, described on one occasion as “the greatest winemaker on the planet.” A few years later Parker commented that “in the past 26 years I have spent visiting wineries and vignerons, I have never seen a producer so fanatical about quality as Marcel Guigal.”

This is exactly my own experience of Marcel, and also of his son Philippe, who has inherited his parents’ obsession with detail. I have been with them in the cellars late in the evening while they go round to check the casks, topping where necessary.

Some of their production is frighteningly small: the so-called “La-Las” (La Mouline, La Turque and La Landonne) rival the rarity of the Grands Crus from Vosne-Romanée. Others, like the Guigal Côtes du Rhône, are available in plentiful quantities. All share in common a focus on craft, where nothing is left to chance. Even the component parcels in a volume blend are hand-managed from source to bottle.

The curious thing about Guigal (the brand) is the pricing: while nothing is cheap – and nor should it be, given the effort that goes into every bottle at every price point – nothing is outrageously expensive, taking account of the reputation of the family and the relative rarity of the wines. The entry level Côtes du Rhône sells in South Africa for less than many of the fashionable SMV or SMG blends, while the Côte Rôtie Brune & Blonde – the great Northern Rhone wine upon which the house built its reputation – costs no more than several of its Cape counterparts.