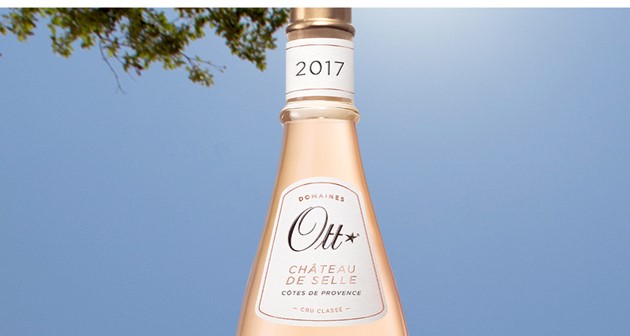 As a category, it had been contaminated by its history: the old platitude about Mateus – “not red, not white, not sweet, not dry, not wine, not water” had infected everything.

When life came back into the market, it did so through a sleight of hand: Boschendal Blanc de Noir was a rosé by another name, and it became one of the biggest selling premium wines in the South African market 30 years ago. Unfortunately, it attracted many less talented imitators – and so ten years later Blanc de Noirs was languishing exactly where rosé had been a few years earlier.

Then the strangest thing happened – perhaps because of climate change, perhaps because a new generation entered the wine market without the baggage of those who had come before them, perhaps because the fashion industry fell in love with Fifty Shades of Pink. Suddenly rosé was back with a vengeance, and the obvious place to look to for inspiration was Provence, where one brand dominates the scene like no other.

The Ott family has been making rosé in Provence for over a century. Pretty much single-handedly they have raised its image from “pleasant and easy-drinking” to what the French call “a gastronomic beverage.” Their three domaines, each with their own vineyards and their own wineries – these are estate wines, not brands – represent the acme of what can be done with Provence rosé.

Domaines Ott is the only rosé producer listed in the world’s top 100 wineries. It is also the only producer on that list the majority of whose production is sold in the country of origin – though not necessarily to the citizens of that country. As summer descends on the Cote d’Azur all the grand restaurants vie for their allocations – which sell out long before the end of the season, and at mark-ups which even fine dining establishments in Paris and Tokyo can only contemplate with envy.

You cannot stay on top of your game for more than a century by illusion alone. Anyone who has ever been lucky enough to taste a rosé from one of the Ott domaines – Clos Mireille, Chateau de Selle or Chateau Romassan – and to compare it with any number of the beautifully packaged trendy attempts to play in the same league will tell you immediately that even with a wine as subtle as a perfect Provençal rosé, you can tell the masterpiece from the imitation.