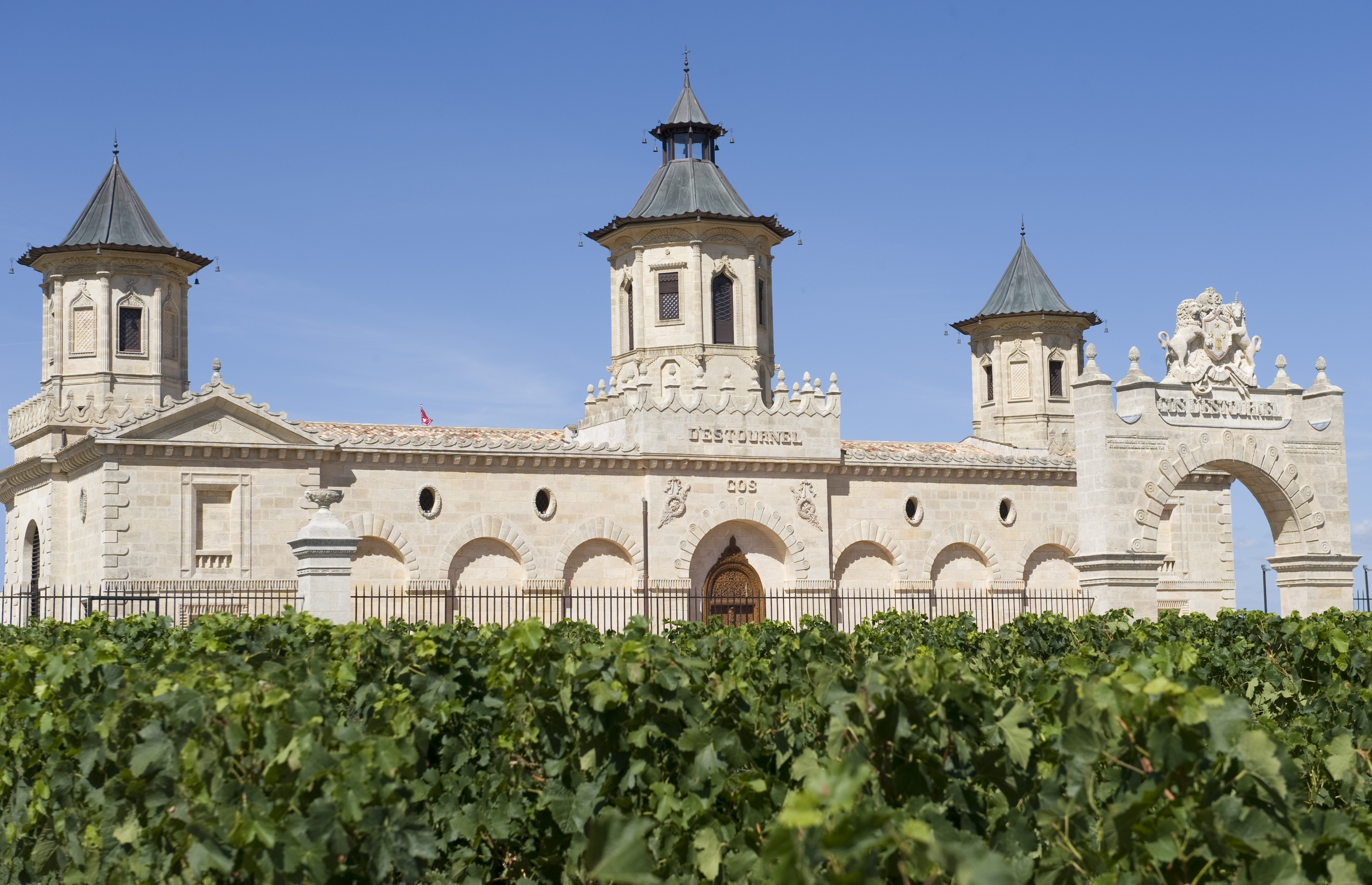 He asked of a worker “what is this palace?” only to receive the not very useful reply “the gardens for M. de Estournel’s herds of beef.”

He was understandably confused: the exotic Asian appearance of the buildings is like nothing else in the Medoc, a folly which cost so much that there was no money left over for the Chateau (and which is why, for many years, the wines were known only as Cos d’Estournel and not Chateau Cos d’Estournel.) The property is situated right next door to Chateau Lafite Rothschild, a so-called “Super Second” whose wines attract prices which place them above most other Seconds, but still safely enough below those of its immediate neighbour.

Given the location of its vineyards, the elevation of Cos to the rarefied space between the Seconds and the Firsts in the last few decades of the 20th century now seems obvious: however, even 40 years back the estate was hardly known outside the circles of Medoc aficionados: in the early 1970s you could buy the 1961 vintage for R6-75 – less than the price of a current release Cuvée Prestige. Twenty-five years later a bottle of the equally impressive 1982 was already fetching $100 – in effect one hundred times more than the 1961 vintage a quarter of a century earlier.

What changed all this was firstly the extraordinary investment in time and passion of erstwhile proprietor Bruno Prats. The best terroir in the world is worth nothing if you do not optimise its potential, and then share the results with wine enthusiasts around the world. Meticulous viticulture and rigorous fruit selection changed the profile of the property. Today Cos is rightly regarded as one of the top ten estates of the Medoc. The fact that Bruno Prats is now a shareholder at Klein Constantia illustrates perfectly how at home he is wherever good wine is being produced and enjoyed.

Given the demand, securing stocks of mature good vintages of Cos has become increasingly difficult. It’s now almost impossible to assemble a small vertical of them, to taste and track its evolution. Recognising the problem, the estate has released a limited number of mixed vintage cases with wines ranging in age from 10 to 16 years. Three such cases have arrived in South Africa and comprise a bottle each of 2002, 2003, 2004, 2005, 2006 and 2008. They are offered on a first-come-first-served basis for…